A Brit In Sweden

A British expat exploring everything that Sweden has to offer. Shifting from a young professional working in London, England to the quiet cobble stone streets of Lund, Sweden.

It’s about time that I wrote about this subject given I came across it during my first week in Sweden. But I’ll keep this one brief. Yes, “taco Friday”, or “taco fredag”, is a thing here and a big thing as it happens.

So much so that the local supermarkets have whole sections dedicated to it and the tradition of “fredagsmys”, loosely translated as “cosy Fridays”, takes places almost every week for many people.

Quickly, “fredagsmys” is a tradition of staying in on a Friday with friends or family and enjoying a relaxing evening together. Typically you’ll have food (tacos, candy/sweets, chips (or crisps if you’re English)), some form of entertainment (e.g. TV or film), maybe some alcohol, and of course a cozy environment. But we’re focusing specifically on the taco part of this tradition.

The cultural classic that is Swedish taco doesn’t actually have that much heritage behind it and was in fact born out of a successful marketing campaign. It is a very customisable sharing meal loosely based on the American tex-mex concept.

Everyone has their own way of doing it but you’ll normally find items on the table including (take a deep breath); ground meat (we use blandfärs which is 50% beef mince & 50% pork mince) cooked in a spice mix, soft or hard tortilla shells, fresh peppers, red or white onion, salad leaves, sweetcorn, beans, cucumber, avocado or guac, tomatoes, pineapple, cheese, creme fraîche, taco sauce (similar to a salsa sauce), crushed nachos, etc etc. As I said, very customisable with some interesting choices. 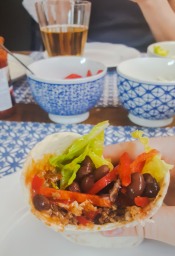 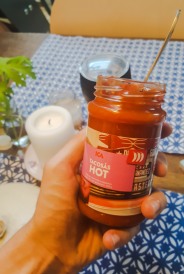 Our favourite, the black beans 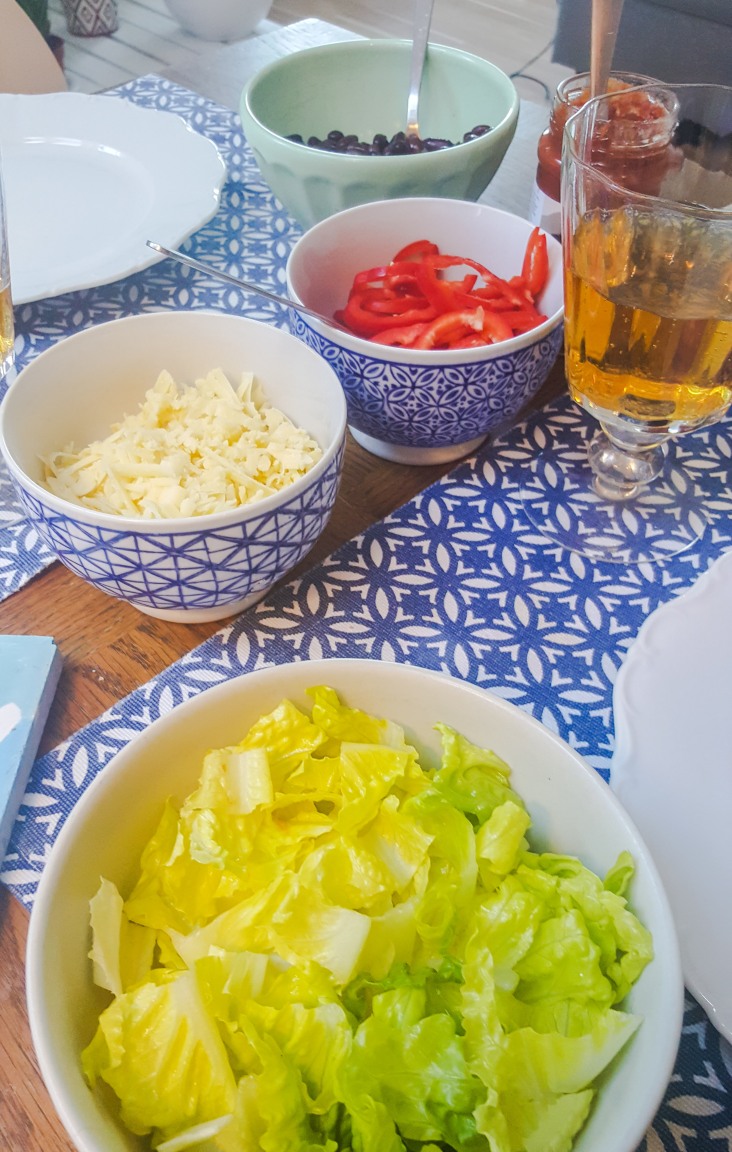 Initially I was rather confused by the tradition and how it came about, but in the same manner as the kebabpizza, I quickly grew to love it and enjoy it regularly. Although saying that, I stay away from the strange toppings like cucumber, pineapple and sweetcorn. They’re not for me.

The combination of all the fresh ingredients and a little spice is so good. And it’s super easy to prepare which is always a plus. It’s just a matter of serving it and trying your hardest to not drop any down yourself.

This tradition is a great option for hosting and can be made into a big event with lots of people around the table and a huge range of fillings to choose from. However, in our home we tend to keep it a little more simple. We sometimes do this on other days too…we’re such anarchists.

That’s all for now. Short and sweet. Tell me, what do you think about Taco fredag? Sound tasty? And if you’re already aware of it, do you have any strange toppings to share? Let me know in the comments.